A downloadable game for Windows

You have been packing to move away from this old house you have been living in for a few years. The main character you play as keeps hearing things in the night which gives him memories of his traumatic past. The "SHADOW" is after you, will you ignore it or will you let it lead you on that is for you to decide.

This game was a passion project that i really enjoyed making. i wasn't happy about the last game as there was not much of a story behind it. I made this to try and give people chills and a bit of a scare. If it did scare you please leave a comment on what you thought about the game i much appreciate it.

MADE IN UNREAL ENGINE 4

*Shout out to Jacob who did the voice acting*

love it thank you :)

I really enjoyed this game.

This  is a well made game. It has its dark spots but overall well made. When there's more content of this, I will surely play it !!  3rd gameplay!

Sheol Games, I thought the game was good, but the lighting of the game's lamps were very low unlike the flashlight you should see, the graphics are really cool, but I was wondering if soon, this game will have an Android and iOS version and  other languages and subtitles, subtitles in Brazilian Portuguese, so I liked the game bro.

Hey thanks. I unfortunately lost that project due to my hard drive corrupting  but i am currently working on a new project, i will keep it in mind for my new game :)

How boring bro, I understand a lot bro and thank you for the answer

it was fun , but at same time if kind funny and creepy

but  i enjoy it, here my video sorry about the way i sound and the things need to fix, hope you enjoy it.

Nice nice nice very nice...short and spooky that what I like. Well …ending good was unusual …unless there is another good ending... really enjoyed.  Both ending good and bad here.

Really loved the graphics and atmosphere of this one! Found it via:

So a few scares got me, creepy atmosphere so I like that, but it bugged out near the end for me. Also a couple of the jump scares were a little predictable so it was kind of meh at times. But there is definitely something here!

very  interesting strange game with a sorta good story, they really need to work on there jumpscares lol i never got not scared in a horror game before xD

Great Game! The environment was beautiful, the atmosphere was very spooky, and the jump scare was prefect! Loved it!

I had fun playing it.

Yo devs awesome game!!!! I honestly wish there was a chase scene but keep it up!! Definitely make the game longer!

Great short game. I got the good ending the fist time. really nice house. wished it was longer with more exploring available... mice anyway. Thanks dev.

Hey I checked out this game and I got to say it was so much fun to play! The story is really well developed and the more I played it the more I was able to figure things out! Well done! Here's my gameplay and full review if you want to check it out :)

Definitely a step up from Darkness Prevails, and that wasn't even a bad game. As said by others, the feel of the game is damnnn spooky and the pacing is smooth. You are for sure able to maintain the atmosphere you're aiming for, and also make the player feel a certain way about it lol the only thing I'd suggest is using a visual 'indicator' more for whatever you want to make interactive with the player. Exactly what you did with the light switch fixtures, but with everything. I found myself clicking any and everything because I didn't know what I could or couldn't use. I really would like to see what you could develop if you invested double or triple the amount of time it took to develop 'Shadow', just a thought! Looking forward to more!

Thank you, i am glad you liked it

If you look up the definition of creepy, you'll see this game referenced in the dictionary as the goto meaning. The game is slightly slow burn, great voice acting but only issue I had is that I kept getting the good ending, I have no idea how to get the bad ending, assuming there is one.

A few quick things to get out of the way before I get into the meat and potatoes of the discussion, firstly, repackage your game outside of the development kit. My steam VR is having a mental breakdown trying to figure out what is going on, and the console commands remain accessible unless you package and export the final product. Besides that rather simple fix, I've got an entire list of issues rattling around upstairs, and I'm about to try and empty them in a semi-legible fashion, wish me luck.

PRO'S:  Some of the tension building moments are quite good, especially segments involving the "SHADOW" character turning off lights while existing as a 2D SHADOW.

I try not to be overly harsh when it comes to ripping into games; as far as I know, this is your first or second attempt, but I feel like there are grievous, almost inexcusable errors throughout the game, such as.

CON'S: Texture inconsistency, most textures throughout the game have issues rendering the correct brightness, while some objects just stand out almost as if they had a spotlight directly above them, in complete pitch-black areas, some doors and doorknobs are practically invisible. I went out of my way to include all the times I noticed these issues within the video, so they are easy for you to find and fix.

The voice acting was acceptable, but the story was a complete waste of time. An abusive father may or may not be possessed isn't exactly new, but what could be new is a 2D monster that works in shadows, maybe focusing on that instead of a rather strange almost B plot.

Finally, the endings, oh god, the endings. Inventory glitches that waste 45 minutes of my life. While I am more than happy to give leeway to games that attempt multiple endings, there's no reason to include an endless array of red herrings. Ultimately unnecessary items and notes add no context or story and are failed attempts to make the game seem more profound than it is.

If you are going to bait the player into thinking there is a "Good Ending" maybe bother trying to create one outside of a meme, or at least include some form or hint or guide towards actually acquiring it.

Overall I'd say the game is a weird mix of incompleteness and generally feels like playing a buggy mess. A summation of my thoughts can be located in the video version of this that I'll post below. I hope you continue to make games, you have passion, and I think with just a few more tweaks and touches this could be a pretty solid entry into your library.

Interesting horror game!  I gave the game a try and included in my newest video!

I need a chainsaw

Reply
DiGeDi2 years ago
Great game, would love to know what the good ending is.
Reply
Horrorcrawler2 years ago

I keep getting softlocked in the room that is proceeded by a long corridor and that leads into the curtain in your room, I have no clue what to do. 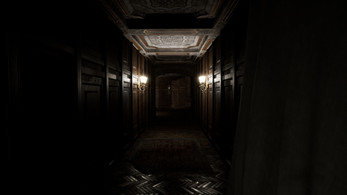 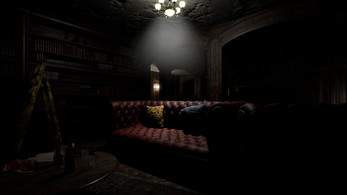 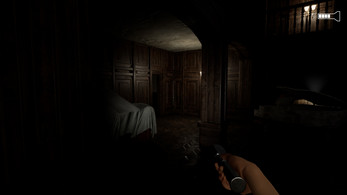 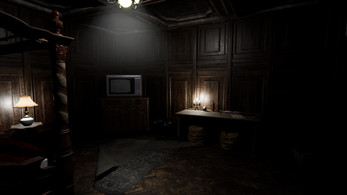